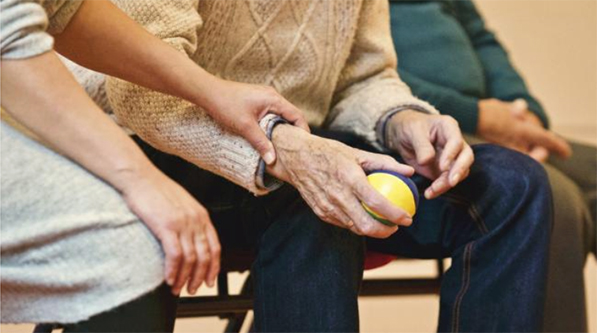 As with many diseases, including cancer and heart disease, detecting Alzheimer’s early would help providers create a better treatment plan to stop further damage. Right now, we can’t identify the disease before major symptoms, like memory impairment, appear, but scientists have been working on creating a blood test that could diagnose it early, and now believe they’ve created a technique that would be accurate.

The method examines white blood cells, also known as leukocytes, and looks for pieces of DNA specific to Alzheimer’s. In tests, the method successfully distinguished among Alzheimer’s, Parkinson’s, and healthy control subjects. But don’t expect the test to be available soon, as the research is still preliminary, according to a news release on Science Daily.

The hallmark signs of Alzheimer’s disease include confusion, memory troubles, and other cognitive delays. Patients may be afflicted with the disease for up to 18 years before they begin to experience these symptoms, Time reported. That’s years’ worth of brain damage caused by the disease before it’s ever diagnosed, which makes treatment especially difficult.

“What we’ve done in our paper is to replicate our own work multiple times with different populations and even using different technologies,” Paul Coleman, an Alzheimer’s researcher at the ASU-Banner Neurodegenerative Disease Research Center (NDRC), who was also involved in the study, explained in the release. “We also presented data showing the ability to detect people at risk of a future diagnosis of Alzheimer’s disease.”

The study is now published online in Neurobiology of Aging.

According to the Alzheimer’s Association, about 5 million Americans are currently living with the disease, and this number is expected to significantly increase as populations further age. The association also notes the disease is progressive; although cognitive problems may not seem too serious in the beginning, they can progress over time and make it difficult to complete everyday tasks.

For a disease as widespread as Alzheimer’s, we have few options to diagnose the disease and just a few options to slow it down. Researchers hope that when the test is available, it will identify the disease in patients before it has caused much damage. The test likely wouldn’t be given to every patient, as those with family history and a genetic predisposition have the highest risk.