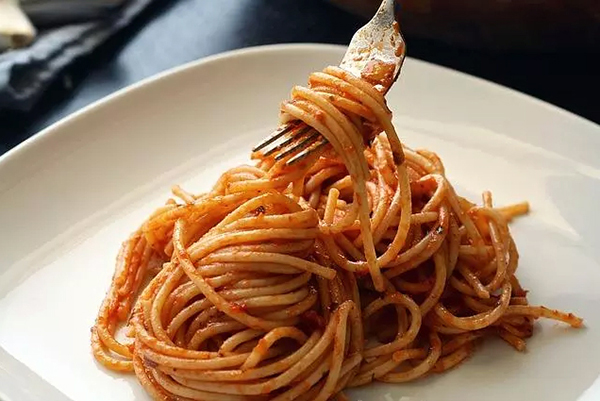 You’ve heard the old advice that skipping meals is a sure-fire way to ruin a weight loss plan, but a new study presented this week at the annual Obesity Society Meeting in New Orleans suggests that perhaps we’ve overlooked the benefits of selective fasting. According to the research, eating during a smaller window of time each day and skipping your evening meal could have a positive health effect.

The study concluded that overweight individuals who ate during the day and fasted during the evening reported fewer hunger swings and burned more fat at night, WebMD reported. However, although this diet plan results in more fat burned in the evenings, it did not seem to increase fat burning overall. Due to this, at this moment it’s still unclear as to how this eating schedule can affect general weight loss.

“At this point, we are not sure whether or not total fat burning is increased,” study lead author Courtney Peterson told Medical Daily in a recent email. “We will need to do a larger study to find out for certain whether or not [time-restricted feeding] improves fat burning.”

Still, although the results do not indicate a clear association between nighttime fasting and weight loss, they are still important for the world of nutrition. For example, Peterson told Medical Daily that she was surprised to find that participants did not report being hungrier than average, or have above-average swings in hunger levels, despite fasting daily for 18 hours.

“So we overturned the belief that fasting for a longer period each day (when the same number of total calories are eaten) intrinsically makes a person hungrier,” wrote Peterson.

While the effects of fasting and time-restricted feeding have been studied and proven to work in a rodent model, research on human subjects is still in its early stages. For this reason, Peterson explained that it is far too early to say, with factual evidence as backing, that time-restricted feeding will improve weight loss in humans. Still, Peterson explained that practicing this eating behavior does have obvious benefits, such as reducing overall food intake, and suggested that practicing time-restricted eating a few times a week could be both feasible and healthy.

“It could be used for short-term goals or longer-term goals,” concluded Peterson. “As far as we know, it is safe for adults (is not a crash diet), although pregnant women and children should not try it.”