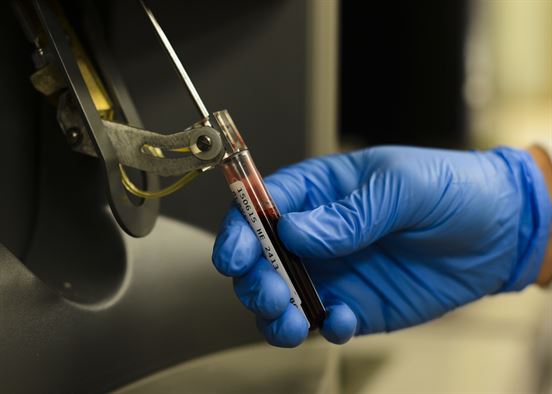 A simple blood test can accurately identify patients at very low risk for heart attack, say, researchers. Almost two-thirds of people who arrive in an emergency room complaining of chest pain and fearing cardiac arrest might be safely discharged, the results of the new study suggest.

“Implementation of this approach would reduce avoidable hospital admission and have major benefits for both patients and health-care providers,” wrote the authors sponsored by the University of Edinburgh and funded in part by the British Heart Foundation.

When patients complain of chest pain, doctors make a diagnosis of myocardial infarction (heart attack) based on evidence of heart muscle damage. Specifically, they use a blood test that measures a protein (or chemical) known as troponin, which is released into the blood by damaged heart muscles. A high troponin level or even slight elevation can indicate injury to the heart, according to the American Association for Clinical Chemistry.

When levels of troponin are unusually high or if a series of tests performed over several hours show elevated levels, doctors take this as proof that a patient has had a heart attack or some other cardiac event.

Commonly, emergency room doctors perform the test on someone complaining of chest pain when they are first admitted and then again 12 hours later.

Recently, a more sensitive troponin test, which is capable of measuring finer levels of troponin, was introduced. Importantly, the new test needs to be performed only once. The new study, then, investigated whether the more sensitive test might more accurately diagnose and predict a heart attack.

Conducting the research at hospitals in Scotland and the United States, the science team measured blood troponin concentrations using the high-sensitivity test for 6,304 patients with suspected heart attacks.

“Low plasma troponin concentrations identify two-thirds of patients at very low risk of cardiac events who could be discharged from the hospital,” wrote the researchers, who say the high sensitivity test was 99.6 percent accurate.

Symptoms of a heart attack include chest discomfort or pain (that often feels like squeezing), upper body pain, stomach pain, shortness of breath, anxiety, lightheadedness, sweating, and nausea and vomiting. According to the American Heart Association, women most commonly experience chest pain or discomfort just like men, but they are more likely than men to experience other symptoms, particularly shortness of breath, nausea/vomiting, and back or jaw pain.